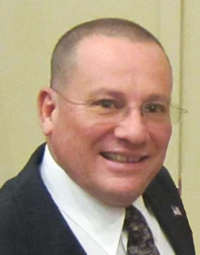 George Harris is President and CEO of International Firearms Consultants LLC and works with Growth Strategy Partners particularly in the firearms industry. He brings 40 years of experience and education to his clients who want to expand their horizons in growth of their businesses and/or develop their practical skills with firearms. He is an accomplished writer focusing primarily on personal defense and combat skill development for individuals who might find themselves in harm’s way.

George has spent his entire adult life working in the world of firearms. He has been a successful and motivational educator and trainer in all aspects of small arms. His simplistic approach to firearms training has an unarguable track record in extracting performance from his students of Marksmanship, Tactics and Maintenance.

As a business developer in the firearms field, George co-founded the world renowned SIG Sauer Academy and led it to become a profit center before retiring after twenty one years of service. George has the enviable record of leading industry test programs for multiple government and military agencies achieving successful results and contracts for firearms 100% of the time.

Many of his innovations and ideas in firearms design features have evolved to production firearms improving function, ergonomics and aesthetics. George has served as the subject matter expert involving firearms and related matters on television, radio and in legal proceedings. George is a graduate of the DeVry Institute of Technology.

Among his personal accomplishments, George earned the coveted U.S. Army Distinguished badges for both Service Pistol and Service Rifle. He also Coached and was a firing team member of the World Champion U.S. Army Reserve International Combat Team before retiring with 40 years of continuous Military Service.